Pasar al contenido principal
GERMANY: Having received no expressions of interest from other potential operators, central Sachsen transport authority VMS has directly awarded DB Regio’s Erzgebirgsbahn an extension to its contract to operate Dieselnetz Erzgebirge passenger services.
UK: Calling on the government to commit to placing orders for hydrogen trains, the Railway Industry Association has published a briefing document highlighting the role that hydrogen could play on the rail network.
USA: CSX will be the first railway to demonstrate Wabtec’s Trip Optimizer Zero-to-Zero technology for the automatic starting and stopping of trains, and has placed orders for locomotive modifications which are designed to reduce fuel consumption and emissions.
Measures to expand the available spectrum for free-to-air wi-fi present an opportunity for railways to improve onboard connectivity, but will require the adoption of forward-compatible components.
News from the global railway supply chain
GERMANY: DB Regio has awarded Alstom a €130m contract to supply ETCS and automatic train operation technology as part of a project to upgrade the Stuttgart S-Bahn network under the Stuttgart 21 programme
GERMANY: CAF has been named as preferred bidder for what it says is the largest order to date for battery trains. This covers the supply and maintenance of more than 60 electric multiple-units which will be able to operate on non-electrified sections of the Niederrhein-Münsterland network.
HUNGARY: Electric services have ben launched on the 55 km Szabadbattyán – Balatonfüred section of the railway around the north side of Lake Balaton, following the completion of a HF24bn modernisation and electrification programme.
UK: ‘This is a fantastic time to look at reshaping the industry, as we come out of covid’, says Network Rail Chief Executive Andrew Haines. ‘The government is committed to growing the railway’ and to decarbonisation, and ‘there is no appetite to use covid as an excuse to shut the ...
UK: Stadler has unveiled a Class 777 electric multiple-unit which has been fitted with a prototype battery energy storage system to enable operation on non-electrified tracks.
GERMANY: A framework agreement for the supply of up to 50 electric-battery shunting and main line locomotives has been signed by Paribus Rail Investment Management and Vossloh Locomotives.
ITALY: Electric services on the 47·6 Conegliano – Ponte nelle Alpi-Polpet – Belluno line were inaugurated on June 11, with Alstom Coradia Stream EMUs now running through from Venezia to Belluno to offer a 12 min reduction in journey time.
GERMANY: Infrastructure manager DB Netz has identified 20 lines totalling 245 route-km which it intends to reactivate for both freight and passenger services by 2030 as part of an initiative to provide environmentally friendly transport alternatives.
AFRICA: DP World has launched a dedicated container service from Maputo in Mozambique to Harare in Zimbabwe, and is planning further services to connect Maputo with Zimbabwe, South Africa and Swaziland.
SLOVAKIA: As part of ambitious plans to provide year-round passenger services on a 760 mm gauge former forestry railway, non-profit heritage organisation Čiernohronská Železnica has taken delivery of a fleet of electric railcars formerly used on Switzerland’s Waldenburgerbahn.
UK: The iPort Rail terminal in Doncaster has opened facilities enabling goods to clear customs before or after rail transport through the Channel Tunnel, helping shippers to avoid road and port congestion.
More than a decade after the company unveiled its concept for a wide-bodied articulated trainset, Talgo’s first production Avril high speed trains are now on test in northern Spain before entering service with national operator RENFE.
ITALY: The technical and economic feasibility of operating 550 km/h magnetic levitation vehicles on existing railway alignments in addition to conventional trains is to be studied by infrastucture manager RFI and Polish-Swiss maglev and hyperloop technology company Nevomo.
UKRAINE: National railway Ukrzaliznyitsya has awarded KVSZ a contract to supply 100 sleeping cars.
EGYPT: Egyptian National Railways has awarded Ukraine’s Nikolaev Locomotive Repair Plant a contract to modernise 55 Adtranz DE2550 diesel locomotives. 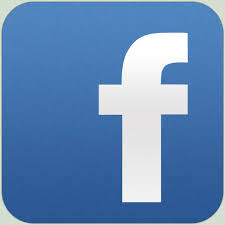 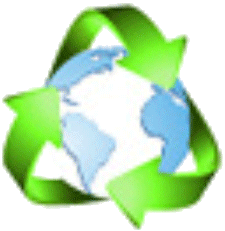 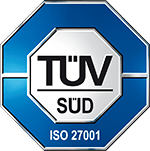